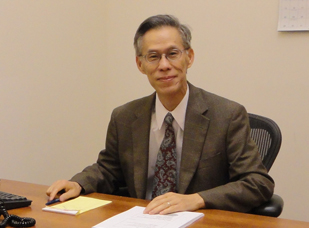 The ICOMP 2011 12th Annual International Conference on Internet Computing is one of leading conferences that explores the latest advances in the field of technology. OIT professor and dean Dr. Ching-Cheng Lee’s research was recently published by the organization for its focus on social networking.

The idea came out from current problems in social networking. “Most social networking websites lack in connecting people over common activities or interests. Users often befriend other users with the objective to swap profiles and increase their friend list,” wrote Lee.

In the research, Dr. Lee examined a way of suggesting new friend in a social networking site which is generated from machine analyzed data gathered from social network services, blogs and websites. The ‘friend suggestion’ algorithm is based on an infrastructure which collects and organizes massive amounts of personal data. The data includes friend’s preference, behavior, characteristics of the group to which the user of the social network service belong. The experiment enables the system to look into

the users’ interest and suggests potential friends. As soon as the user enters more blogs, it tags the system and updates the friend ‘s suggestion list.

The experiment measurements show that the success rate of the system in determined by the interest of the user. The experiment also measured ease and quickness in searching for other users who share similar interests in suggesting potential friendship.

The system proved 100% efficient in finding a users’ interest and suggesting friends based on his/her interest during each browser session. It also updates the friend suggestion list as soon as any new blog or file is entered into the system.

A manual search for friends with similar interests is not required. Friendships established by manual search may or may not lead to meaningful connection since the interest level of users in an activity cannot be determined beforehand. The system is efficient in automatically suggesting friends to a user based on his/her interest.